It’s hard to fault a play aimed at creating compassion for cancer victims. Occasionally though, these plays become so mired in vague, aimless aesthetic they unplug themselves from their empathetic core.Deathbed, Produced by Ripple Effect Artists currently playing at Theatre Row, flies a bit too close to the sun of the Avant Garde to deliver.

The play begins with two women reading a book, which they both agree is “very sad.”  The book is then ‘read’ to us through the lense of the performance. The story centers around two women affected by cancer (one has it, one’s grandfather has it) and their closeted gay husbands who refuse to, or are unable to, provide them the support they need. The characters in the play are woven into each others stories in some fashion or another.In the end, the grandfather dies, both marriages fail, and the readers of the book decide the story ‘Wasn’t that sad after all.’

The most noticeable ailment afflicting Deathbed is the script. Mark Schultz, author of The Gingerbread House, is perhaps too taken with the airiness of his British contemporaries such as Mike Bartlett, David Harrower, and of course Caryl Churchill. The repetitive, monosyllabic dialogue makes more sense in the mouths of Brits. On our side of the pond, the text makes it seem like Mr. Schultz has overheard fragments of American conversation, but never participated in one himself. He’s not without wit. The dark, awkward humor that enamored in Gingerbread shines through from time to time, but Schultz mostly loses his way.

The short, vignette style-scenes are woefully indicative of a generation raised on television. Director Brent Buell skillfully succeeds in handling the copious, abrupt transitions. He works valiantly to make the scene visually interesting, but the text leaves little room to play. Buell stages the piece unapologetically around the dying grandfather’s hospital bed. Using the confining studio space to his advantage, he creates a claustrophobic, suffocating atmosphere with only lights and two couches as his pen-knife.

The cast is respectable for the most part. Executive Produce of Ripple Effect Jessica Jennings give an overwhelming performance as Martha, a cancer survivor abandoned by her sociopathic husband. (played with decent douchebaggery by Jaye Williams) Jennings comes closest to circumventing her hobbling script, but with lines so sapped of subtlety (i.e. “I’m dying and I want you to love me”) We’re still alienated. 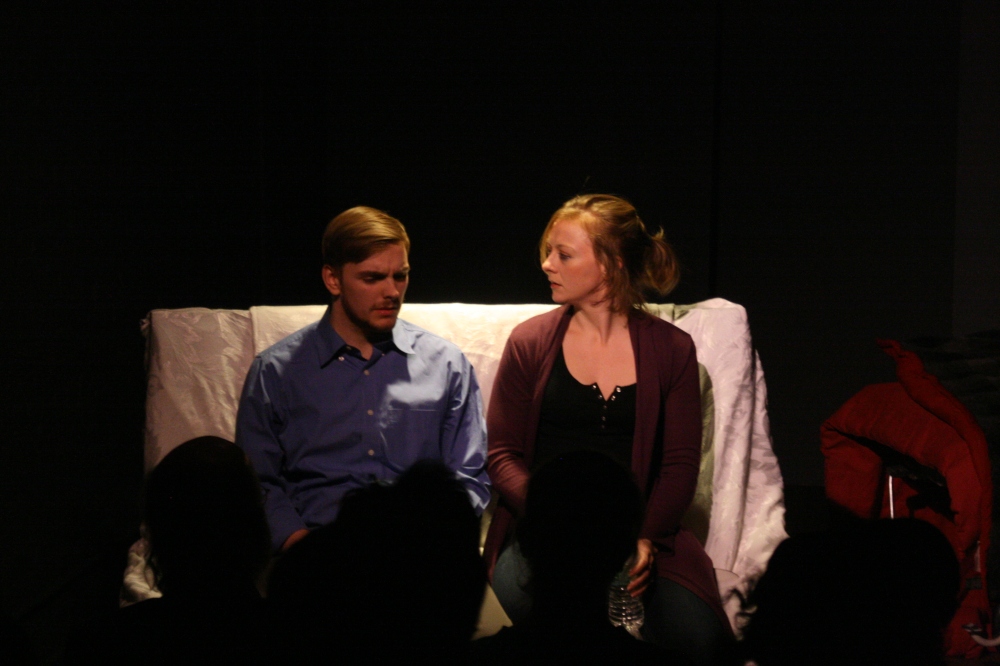 The brightest point by far in the play is a sub-plot involving one of the women’s grandfathers, (Tyson Hall) and a paperboy (Daniel Anthony Hidalgo) who wants to videotape the grandfather’s death by suicide. With very few words the two form a funny, moving, albit macabre bond with minimal words between them. Hall is masterful in his pained physicality and ragged voice, and Hidalgo compliments his aged partner with a youthful playfulness that breaths life into the uneven hour-and-a-half. 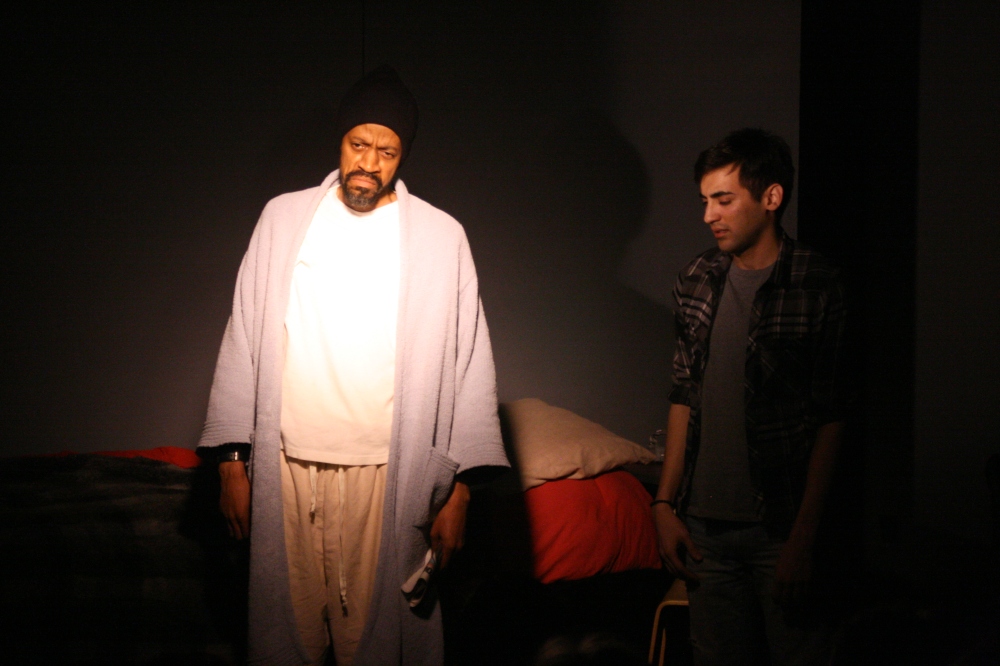 Deathbed doesn’t succeed because the play isn’t really about cancer. It’s about feeling sad, and feeling sad isn’t a strong enough exploration into such intricate subject matter. An honest portrayal written by Amy Freed, Ashley Minahan, or perhaps Margaret Edson would have been eons more moving than confused poetic indulgence. That said, Ripple Effect Artists are a clever and competent company. Every collective has their share of misses, but REA is certainly a group to keep watching. Perhaps a better literary department is all that’s missing from their otherwise polished ensemble.