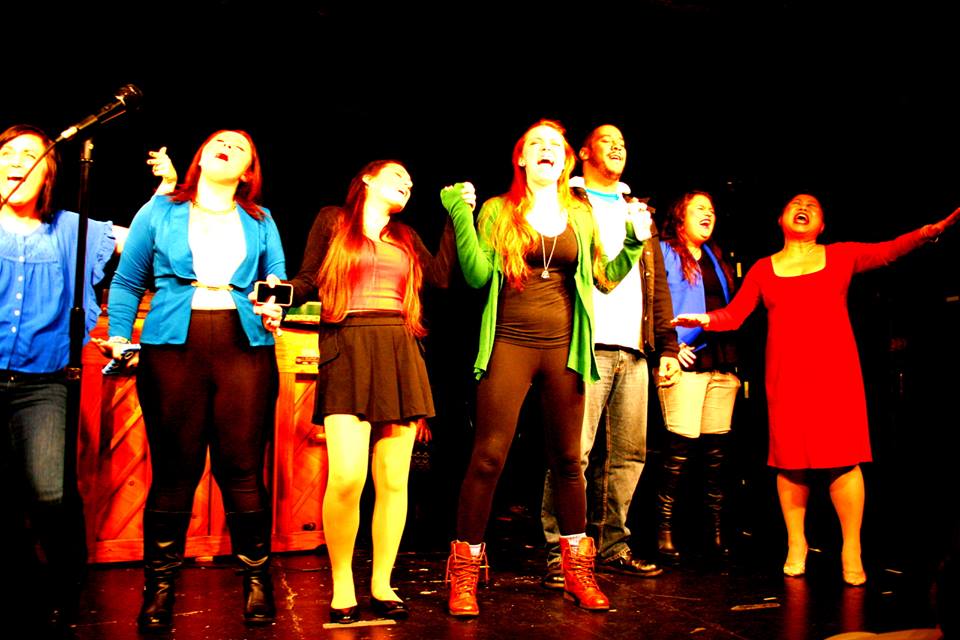 The recital is a staple of schools and conservatories around the civilized world. So much so that television programs use it as a foundation and it is the subject of everything from tribute to lampoon. A recent entry in the recital circuit has shown itself to be a true cut above the expected fare.

The M Center and its sponsor, Genesis Repertory, have – for the last five years – presented a little ditty called Voices. It’s basically a recital with a theatrical plot. It has the students of the school’s music masters program present the best of their year-long studies. This year, this format of theirs has reached a formidable point. Not only are the cast/students vocally talented to surprising levels but the depth of their feelings (semi-autobiographical monologues preceding each song) showed us just how much, and what they do, for love. The singers had expert accompaniment by pianist Dan Furman and members of the center’s “MBand” – Robert “Cricket” Cohen (a Brooklyn celebrity), lead guitarist Andrew Liebowitz, and vocalist, Mary Elizabeth Micari – the center and the band’s founder.

Set up to look like a TV talent show like The Voice, X-Factor, and of course, American Idol, a snarky judge interviews one group within the supposed 20,000 entrants (the students of the M). By rights, this should have been a quick light night of familiar tunes sung by unfamiliar faces. What it turned out to be was an inspiring night of amazing talent from some names that will surely appear again … and again … and again.

The demographic of the cast is also inspiring. Music director Mary Elizabeth Micari – a professional theater artist with operatic and Broadway credentials – gathered a group ranging from age nine to “mature” and a kaleidoscope of ethnicity. This program should be lauded for this alone. But their talent really makes you sit up and take notice.

The evening was filled with stirring star-turns from young-up-and-comings, Isabella Sirota (whose version of Latch was commanding), Adele Wendt (a truly fine actress, turned in a version of On My Own that was memorable). Rousing crowd-pleasing moments by character actors, Emmy Pai (whose multi-lingual songs showcased a wide range of expression and talent) and Sherry Giedd, whose mastery of the turn of phrase was evident; and sweet melodic moments including Jeffrey Ng backed up by Ashley Chico and a angelic sounding chorus.

While praise is roundly shared, there were notable highpoints: Mario Claudio’s Somebody to Love was easily as good as anything seen on the TV talent nights that this show emulated and Ashley Chico – the highpoint of the highpoints – contributed song styling and commanding stage presence that were top-notch. She has the makings of a fine singer and an excellent stage character actress.

The second act also included a min-scene involving Christine Conway as a lonely woman who wants her niece (nine-year-old Alinna Gonzalez) to have more than she did. Christine’s monologue about thwarted ambition was heart-rending, creating an indelible parable for the night. Her speech is followed by a superior performance by the aforementioned Alinna that somehow made you smile from ear to ear while the tears welled in your eyes.

Actually the entire night had that effect.

Ms. Micari is deserving of high-praise. In her opening speech she mentioned how she teaches the deeper aspect of singing as well – how this art can cleanse and heal. It was evident in the unselfish contribution of love and soul, pure honesty if you will, which each performer gave to each moment.

This was more than a performance; more than a recital from a school in Brooklyn who took their students on a field trip; this was a gift to the audience. It was obvious, looking at the joyous crowd afterward that each of us were touched by the music and singers, and that each of us will have a slightly better holiday – any holiday – thanks to hearing VOICES.