NORMA JEANE AT THE PAYNE WHITNEY PSYCHIATRIC CLINIC, a featured event at the 2017 WINTERFEST @ THE HUDSON GUILD THEATER, 441 W. 26th Street, NYC (between 9th and 10th Avenues), is Nancy McClernan’s riveting piece about a movie star, in 1961, committed to a Manhattan psych ward. The doctor assigned to her case tries to keep her “for her own good,” but the movie star herself tries to save her “mask” by using the doctor’s own forbidden secret against him, as she will sacrifice anything to regain her “freedom.” Marilyn Monroe was committed to the Payne Whitney Psychiatric Clinic in February 1961. This play is based on a true story. McClernan’s drama about the turmoil behind accepting the truth about yourself is as timely today as the era for when it was written. The play stars Jenna Sander and Matthew DeCapua.

MCCLERNAN’s work has been produced in PA, NJ, NY, CO and Japan. Her play “Blessings of the Sun God” was directed by Obie winner, Oliver Butler, and her play “Julia & Buddy” won Outstanding Production of a Full-length Play at the 2014 Midtown International Theater Festival. She founded and runs NYCPlaywrights creating opportunities for playwrights in New York and around the world. Read about her… where? Right HERE (Julia and Buddy @ MITF).

What was your inspiration for writing this piece – other than Ms. Monroe?

Lynn Navarra’s style of writing is unique and engaging. Her play, Leaving Lannahassee, combined lyrical and even poetic phrasing with a working class veneer that guided a well-directed, expert cast.

The music continued beyond the dialogue with a manic John Lewis and simmering Stephen Wagner as two abandoned patients in a rehabilitation center that is as forgotten as they were. Lewis exuded an anger that was so real as to make his presence uncomfortable to the audience. Engaging artists who can summon genuine emotion are always enjoyable and even cathartic to behold. One could see that the men’s relationship was a tense mixture of desperation and friendship thanks to his and Wagner’s powerful acting. Wagner, leaving his thunder under the surface, contributed to making their exchanges highly engrossing.

Carol Beaugard as Mercy, proprietor of the Gateway Home & Rehabilitation Center, found the brilliance and irony in her character: brilliance in her struggle to maintain her own spiritual sanity and is by-product, and the irony of her name and how she herself needs… mercy… but sometimes has none. 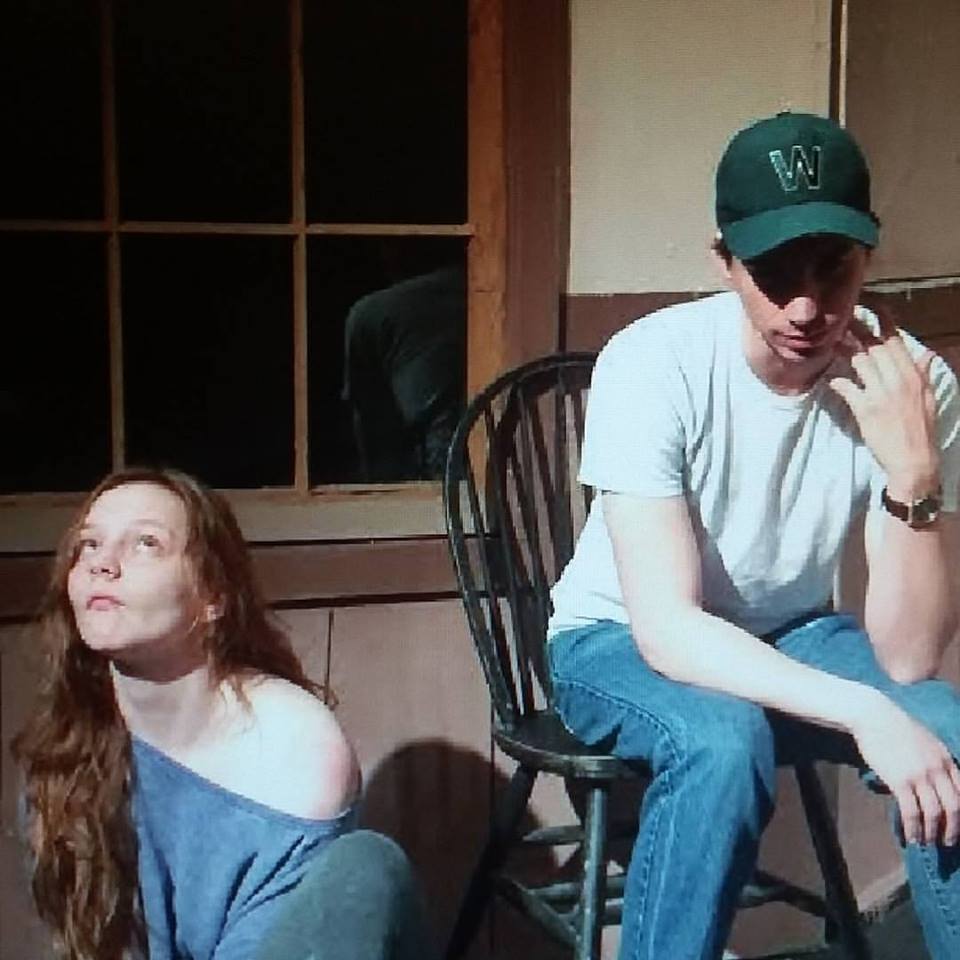 Standing at the forefront – all legs and arms and screeching voice – was Liz Meinders, as Brandy. Meinders employed an energetic persona that became a coping mechanism for her own traumatic life. It is this mechanism that seemed to entice Wagner’s JoJo, thus creating their own dysfunctional relationship.

Director Laurence C. Schwartz pulls double duty as the local lawman that finds himself attracted to Nurse Mercy; and Lucy Apicello, whose star turn seems to encapsulate the play’s message. Both actors gave a performance reminiscent of Tennessee Williams’ style characters. In fact, Schwartz’ directing style and tempo of the play was very much like a Williams piece, making us think we are in a desolate atmosphere, while great pain and passion lie under the dry surface.

Navarra’s dialogue and plot progression add to the Williams feel with all characters in a permanent waiting mode, hoping for someone to save them, basically, from themselves.

Navarra is becoming a fixture at the venerable American Theatre of Actors with this being her second full-length (2+ hours) work there.