The Founder of the New York Theater Festival returns with RISE OF THE PHOENIX: The 2017 Spotlight-On Festival, running April 17 – 30 at The Wild Project, 195 East 3rd Street, NYC. Frank Calo, founder of Spotlight-On Festivals, the first organized theater festival in New York City, pre-dating the New York Fringe Festival by one year, was a leader in presenting new and exciting works, rarely seen plays, and even classical presentations during the late 1990s and early part of the 21st Century. Its high production values and locations in areas such as Times Square made Spotlight-On a popular facet in the NY theater scene. Spotlight-On returns with a series of works from some of its prominent alumni. RISE OF THE PHOENIX features works from previous participants who have gone on to great things and who are thrilled to return to where it all began.

We spoke with a few [more] of the playwrights and producers (and members of their casts) about their inspirations and why Independent Theater is so valuable to them … and to us:

Cabaret Chanteuse Teresa Fischer has been part of the musical escapades of Spotlight On since its inception. Her event, THROUGH THE YEARS … LAUGHTER AND TEARS serves as a musical memory lane of some of the finest and funniest of Spotlight On’s cabarets and concerts. Introspective and witty, Ms. Fischer handed us a few pre-show anecdotes now.

What inspires me as an artist? The joy and power of telling stories. Storytelling – especially through music – joins humans in a special way. As a cabaret singer, I find songs that tell stories both of my life experiences and stories outside my life experience. Audiences come together and share their common humanity in those moments. It is thrilling to be part of that.
Why Independent Theater? Two reasons – I get to tell the stories I want to tell. I don’t have to wait for an agent or casting director to decide if I’m worthy and/or can fulfill a role in their production. I adore Frank Calo. He has been the artistic “kick in my butt” when I’ve needed it. I’m not a huge fan of “festivals” – the rush in and out of the show is difficult for me personally. I’m one of those actors who likes to roam the stage a bit before the audience arrives. I have to make a mental adjustment when I do festival work. On the positive side, Frank engenders an atmosphere of support and “we’re all in this togetherness.” 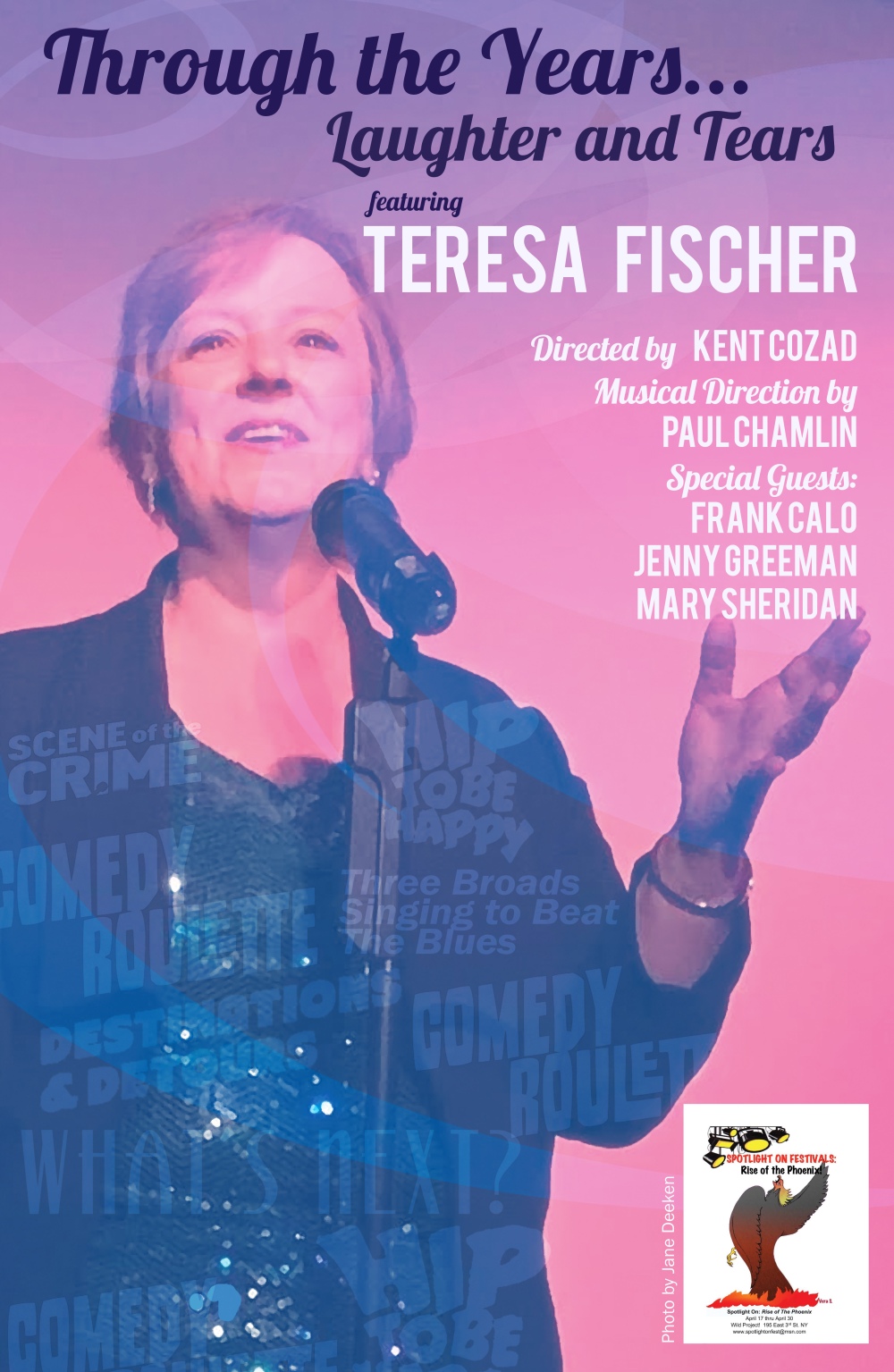