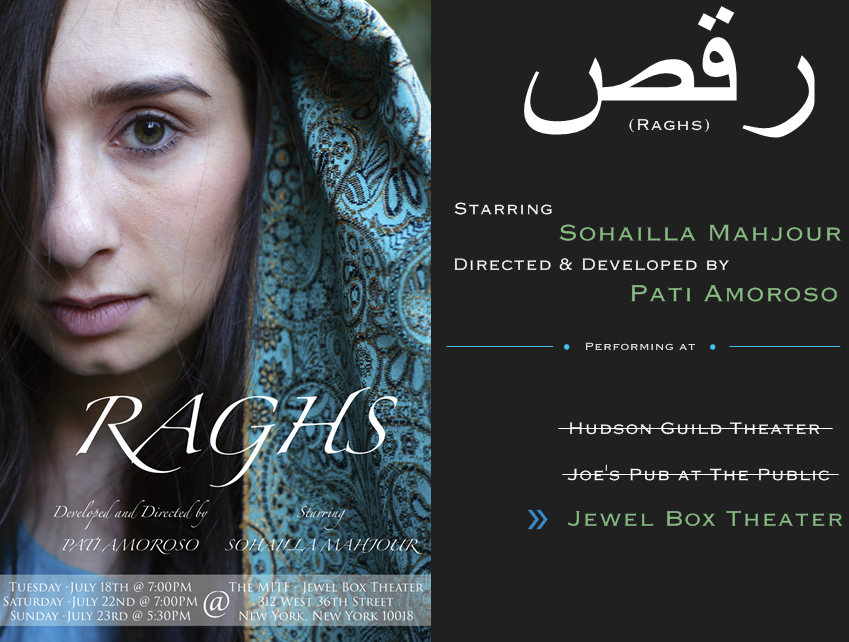 Raghs, directed by Pati Amoroso and written by Sohailla Mahjour, is a solo play that showed us insight into the Iranian culture.

The play started with the character of Sariana, jovial with her cousin … and love her life. The tension comes when her dearest friend volleys disapproving statements concerning relation and age. The story then takes us back to Iran where Sariana stands at the crossroads of love and friendship.

This solo act by Sohaillia Mahjour was exquisite. Sohaillia wrote a perfect role to convey her thoughts of being an Iranian teenager. Her animation and vocal quality gave us a truly realistic portrayal. Her humor helped enhance the innovative plot of a young woman torn between being in love and being a Muslim. A detail as simply waiting for her father to sleep to leave the house played into American youth values as much as the respect level a Muslim child must have. A universal connection.

Another clever detail was the inclusion of a scarf (symbolic) that become a blanket, a backpack, and of course, a hijab.

Production values such as lighting could use some more work along with sound cues. But that didn’t hurt the fine work done by Sohaillia.