This summer, Planet Connections Theatre Festivity (PCTF), the brainchild of arts professional Glory Kadigan, turns 10 years old. In that decade, PCTF has successfully changed the landscape of the theatre festival and all of New York independent theatre. The multi-award-winning theatre festival will celebrate in a big way by premiering more than 50 timely and topical plays and musicals written by the next generation of playwrights. Each play contains a powerful message serving as a parable of various world themes. The Tenth Planet: Planet Connections Theatre Festivity will run fromJuly 9 through August 5, 2018 at The Clemente, 107 Suffolk Street, NYC.www.planetconnections.org. Artists presenting works from all across America, including Denver, Los Angeles, New Orleans, Providence and New York City; and from all over the planet, including Japan, Yugoslavia, Russia, Peru, France, Belarus, & Haiti are part of this years festivity. 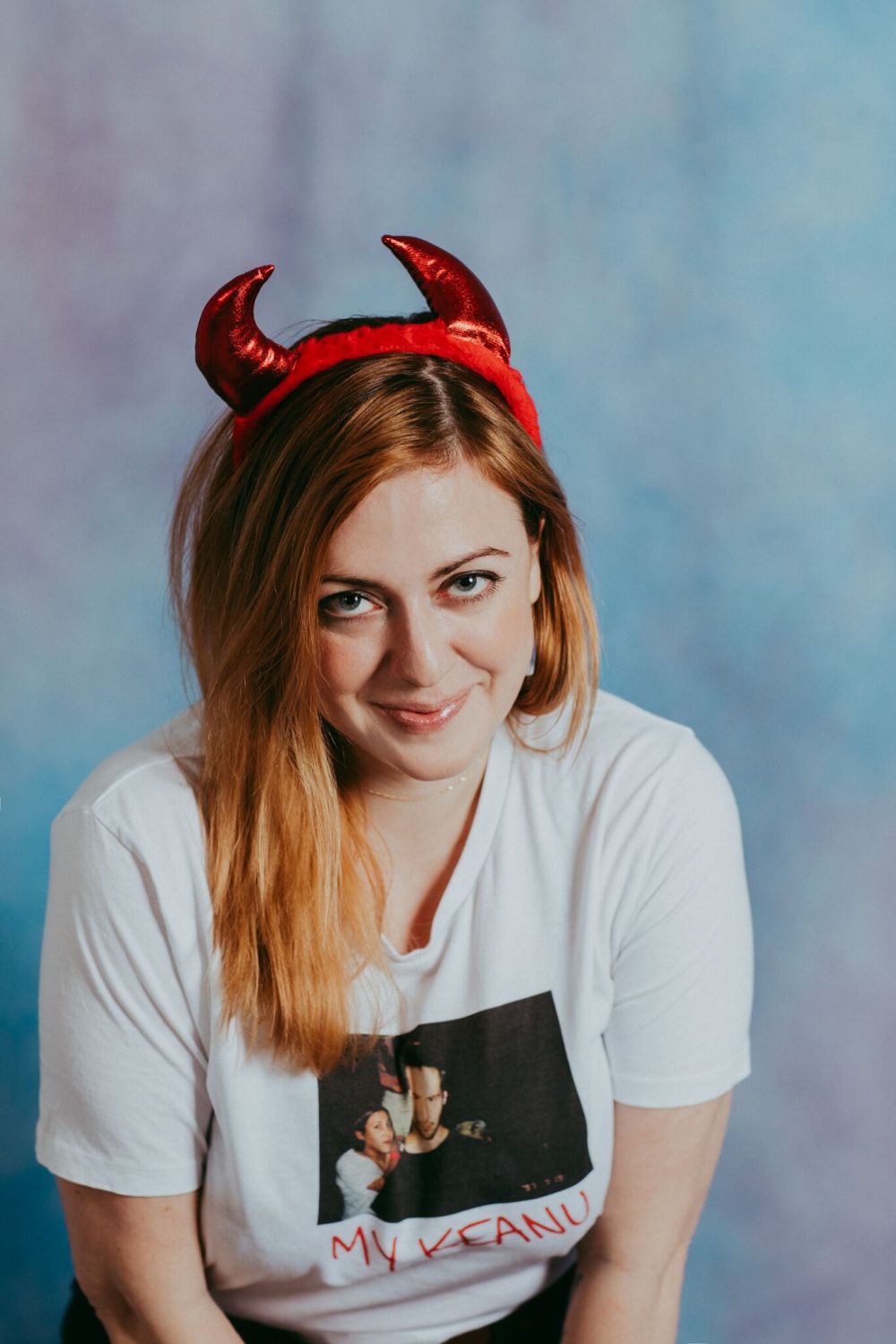 Alexandra Siladi weaves a powerful tale concerning a grieving woman at an impasse. Set in New York City in 1999, the end of the millennium and the loss of her mother forces Mimi, a young woman, to examine her life and purpose. Her reawakening puts her on a journey involving a dangerous love triangle. “Two Sides” and its modern noir setting offers up the question… can two sides ever tell the whole story?

Award-winning director Alexandra Siladi and Black Lodge Theater have a long and storied history in the arts. “Two Sides” epitomizes their canon of character-driven works.

Tell us about yourself as an artist.

I strive to keep dramatic interpretation in line with the current human condition: to create productions that are relevant to rapid fluctuations in self-perception and inventions of identity. The work I produce falls in the cracks between waking and dreaming, rooted in ideals of surrealism with a minimalist “empty space” aesthetic focusing on the performer.  My passion is to find a new context for recognizable stories. In retelling myths there is fluidity and evolution. My mission is to expand and enhance the sacred aspects of performance while exploiting the absurdities of reality.

Share with us a little something about your play that we WON’T see in the press release.

The main character of “Two Sides” is a trained hunter, does ecstacy at 2pm in the afternoon, and has an international model as a best friend — all while living the dream of the 90s in New York City.

How does your play resonate today? Feel free to be blunt.

“Two Sides” resonates today even though it’s set in 1999 because it’s a piece about a woman realizing what she’s capable of. We are now in an era when women are rising up, we want equality, and we aren’t afraid of fighting for it anymore. While the darkness and evil in the world is becoming more apparent, so is the light and the truth. Both sides have waged war since the dawn of existence. My play illuminates the ways in which past trauma informs our future vengeance. It shows that even though things are constantly changing, they also remain the same. Columbine happened in April 1999, Y2K was looming, people thought it was the end of days then, the same way we see marks of the apocalypse now.

Why did you choose Planet Connections for your work?

I chose Planet Connections as the place to showcase my work because, as winner of Outstanding New Production and Outstanding Director in 2012, I knew that the mission of Planet Connections speaks to something that I’ve found is otherwise missing in the theatre community at large — a mission to keep the greater good of the world in mind. Through having each show align with a charity (“Two Sides” having proceeds benefit Planned Parenthood), there is a focus on ways to give back to the society that exists beyond the proscenium. With all the scary stuff happening in America right now, the goals of Planet Connections have only grown more important over time. This is my first time ever working as both writer and director, and I wanted a safe space to present the play.

Where do you see it going in the future? What’s the next step?

I see “Two Sides” being performed on Mars once we get enough people over there.

If you’ve ever wanted to see the theatre version of a film noir, “Two Sides” gives you that opportunity and more.