The wit of playwright Shirley Beth Newbery coupled with the steady hand of director Laurie Rae Waugh will make even the saddest occasion a joy in AFTER THE WAKE, running Wednesday – Sundays, August 7 – 18 at the Serene Sargent Theatre – part of the American Theatre of Actors complex of arthouses. Wednesday – Saturday at 8:00 p.m. and matinees on Sunday at 3:00 p.m. Tickets $20 at the door.

Laurie Rae Waugh has become the leading interpreter of works by such playwrights as James Crafford, Irving Greenfield, and the late Steve Silver. She is a multi-award-winning director and resident stage director at the legendary American Theatre of Actors. Her name is oft-mentioned in praise at the first award for independent theater – the Jean Dalrymple Award.

Waugh has created an unofficial rep for her shows in terms of stage artists. She spent years building an army of fine character actors who can bring to life myriad characters on the legendary ATA stages. 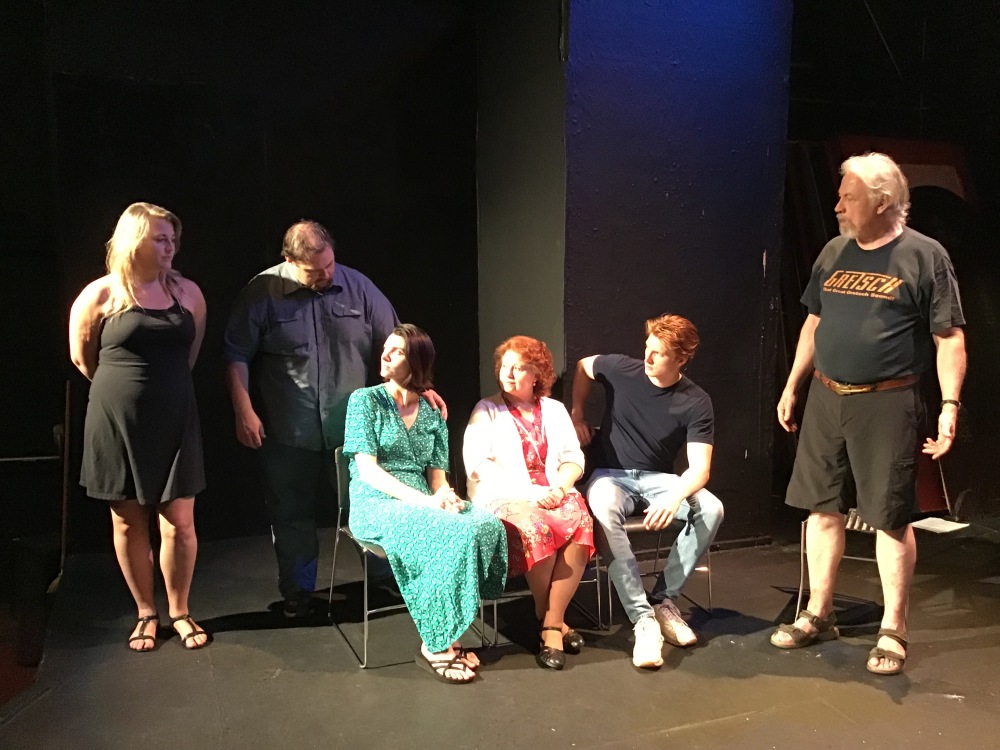 Amy Losi is a leader in that army. The comic character actress who can turn to drama on-a-dime, didn’t begin her now-successful acting career until her mid-forties. Now she is a staple member of the ATA. We spoke with Ms. Losi about her current role and play.

Interesting subject matter. Where do you find the humor?

There are dark moments and lighter ones and both contribute to making the story interesting and unpredictable. Some of the characters are humorous. They say and do things that add levity to the play. There’s a lot of humor in the dialogue itself and there are also funny sides to our characters. For example, I play Joyce, the nosy neighbor. Not only does she accidentally reveal secrets about herself and others, she does quirky things. After the funeral she notices some sandwiches left over and asks if she can take them home “for her boys.” Another time she sees a partially full liquor bottle and leaves with it.

What’s your creative process? Does it change from show to show or do you have “a plan.”

I like to visualize my character as a real person. I find it helps to figure out what clothes she will wear—styles and colors—and a possible hairstyle. I look for details like jewelry that symbolize the character and props that she might use. Before we started the rehearsal process, I saw a dress on sale and thought that is something Joyce would wear. So I bought it. It just felt right.

The ATA has been opening the door to plays for over 40 years. How do you feel working [again] there?

It’s like a second home for me—I’ve been acting in shows here for the past 9 years. “After the Wake” is my 12th play here, and the 8th time I’ve been directed by Laurie Rae Waugh.

What’s next for you?

I wrote a short comedy that will be part of the Strawberry One Act Festival in September. I’m acting in it and also directing it. I’m enjoying the creative process! After that I will be in a play at Hudson Guild in October.

You walk into a rehearsal with Laurie Rae Waugh … what do you expect?

A warm and nurturing environment and a director who guides but doesn’t lead. She allows you to discover your own truths about your character.