Zoom levels the playing field. Ambitious companies are taking to zoom to get their work done and ambitious actors are staying relevant on these cyber works. Part II of our interviews feature DOROTHEA GLORIA. This Filipino burst of joy and energy took the advice of her mentor and headed for New York. Her bright outlook has helped her open doors … as an international woman of the arts.

What inspired you to come to New York to be an artist?

I was inspired to go to New York by my mentor, Ana Valdes-Lim. I studied theatre under her for about 10 years. I met her when I was fourteen years old. It was always an experience diving into a scene with her. It felt like I was in another dimension whenever she would guide me through a moment as a character living. Under her tutelage, I was in a constant flow while acting. Ms. Ana was the first Filipino who graduated from Juilliard. She would always tell stories about her experiences back in New York: the teachings her teachers gave her, the various stage productions, the vibrant energy of the performing arts, etc. I would be entranced by these stories that I wanted to see what New York was for myself and experience my own creative moments here. 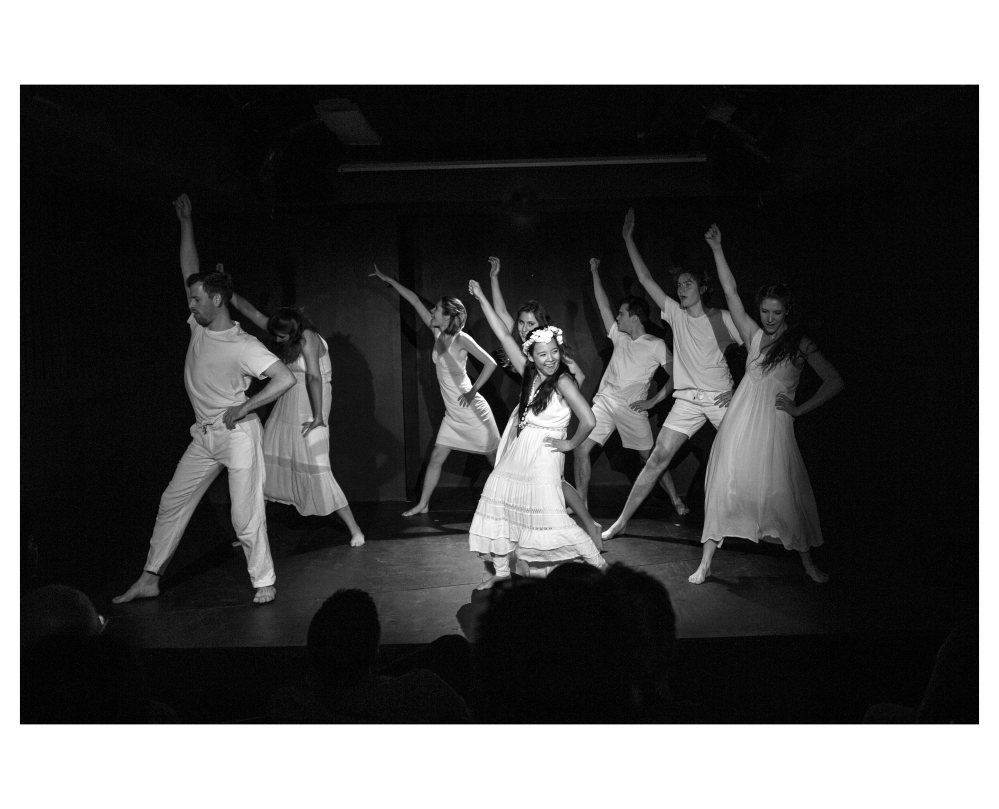 What are the artistic differences between your home country and New York?

I think the biggest artistic difference between the Philippines and New York is that there are less avenues to do straight theatre back home. I feel like New York offers a balance between different kinds of theatre while in the Philippines, musicals reign the theatre scene. This is understandable because Filipinos love music and dance so much to the point that every household owns their own karaoke set up. If you ever visit the Philippines during Christmas or any other holiday season, you will hear a cacophony of houses singing different songs from their karaokes.

What is it like being a woman in the Arts… In your Homeland, and here in New York?

It’s actually great to be a woman in the Arts in New York and in the Philippines. I was constantly exposed to Women leaders in the Arts back in Manila. Ms. Ana Valdes-Lim was the Artistic Director of METTA. I also was a resident artist at the Philippine Educational Theatre Association which is headed by two women, PETA Artistic Director Maribel Legarda and PETA President Cb Garrucho. I also performed several productions under Repertory Philippines which was founded by a woman, Zeneida Amador, and is currently headed by three women that gave me many opportunities to grow my professional career as an actress namely: Baby Barredo, Repertory Chairman Emeritus, Liesl Batucan, Repertory Artistic Director, and Joy Virata, Repertory Creative Director. Since I was constantly exposed to strong women in the arts back home, when I came to New York, I sought out people who had a strong sense of leadership and a love for the arts. I eventually created a theatre company, TeamTheatre LLC, and the two other people that I head that company with are both women as well. Gwendolyn Snow, Chrysi Sylaidi and I are constantly creating theatre projects that are both empowering and diverse.

How has the pandemic changed your career … Both tangible and philosophically?

The pandemic has really given me the time to reflect and refocus on what I want to do with my art. All of us in TeamTheatre have constantly been meeting with one another to talk about the different advocacies we want to fight for. We’re planning on a season that will really focus on social justice. I think with everything that has been going on, all the more there is a need to find and adapt ways to be inclusive and global when it comes to the projects we decide to pursue.

What are your plans for the future?

Currently, I’m writing a script that focuses on the drug war and the shutting down of news outlets back in the Philippines. I also know that Gwendolyn Snow is currently devising a piece that includes elderly writers and performers. I want to support her with that project and make sure that it will definitely come to life.